The artist has a long term relationship with Florence, Italy and takes students there to study every other winter. This project took place over the course of one of these one month stays in Italy, where a bit of bread was taken from each meal (something always available as a quick bite to stave off one's hunger before the meal arrived) and put it aside as a kind of souvenir. Bread is a true staple of Italy and the textures were not unlike the cobble stone streets that one walks upon as a visitor to this place. The bread was also like the texture and coloring of the stone buildings that one would see on the streets, and so the idea came to patch up some of the crumbling stone of the walls of a building with the bread. First an imprint was made of each unique piece of bread as a memory of its existence. Then a “mortar” was found to hold the “stones” of the wall together, which was a foreign item to Italy like the artist herself–peanut butter. This held the pieces together for the short time that it would exist as part of the wall before getting snatched up by local pets and pigeons, and was symbolic of the time spent in a place as a long term tourist who feels connected to it for a time, but who does not entirely belong despite their best efforts. 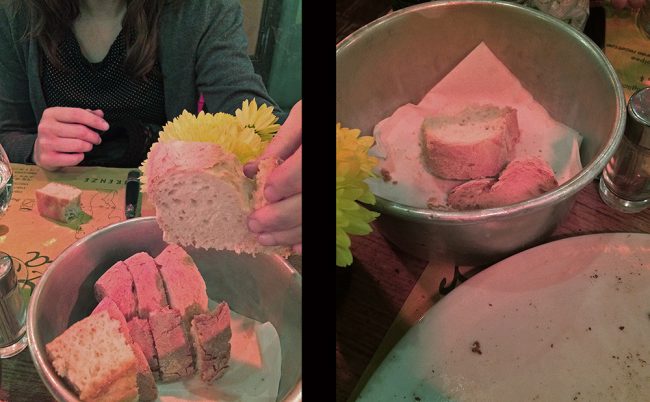 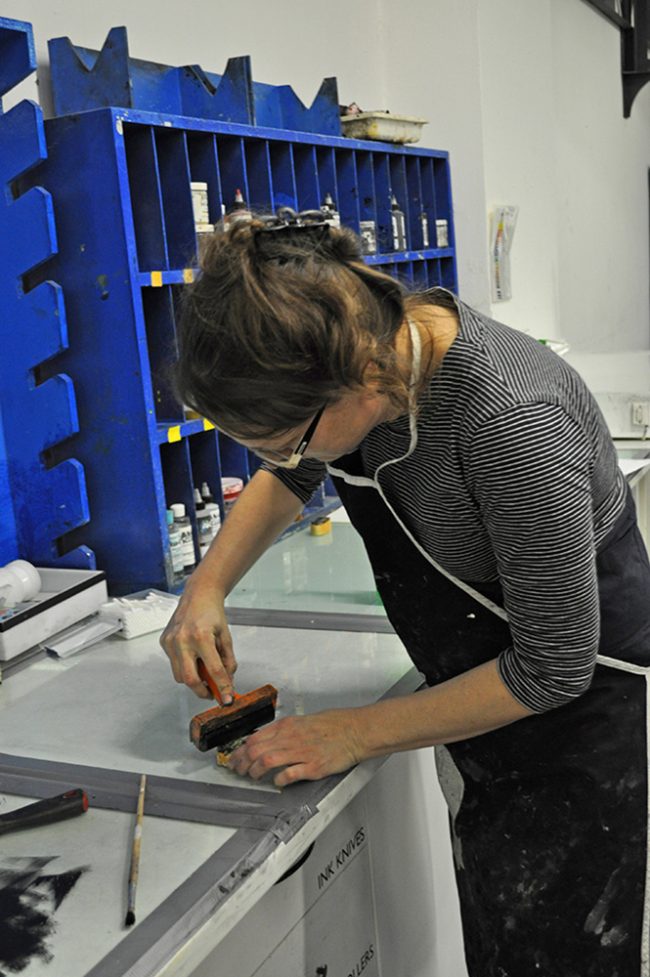 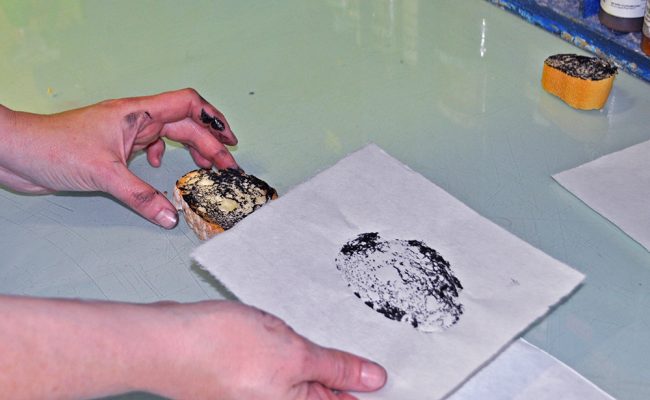 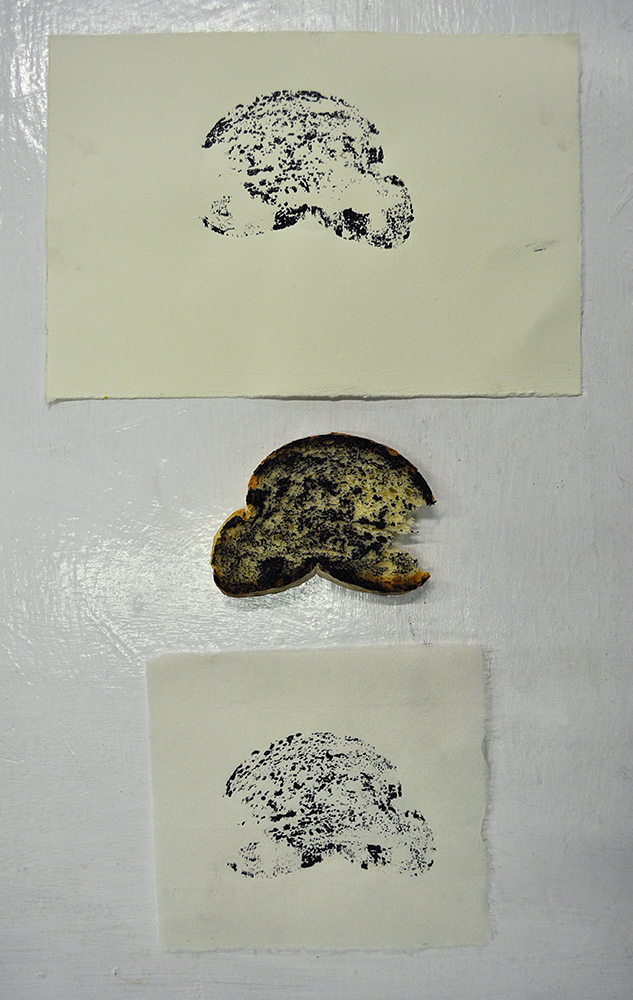 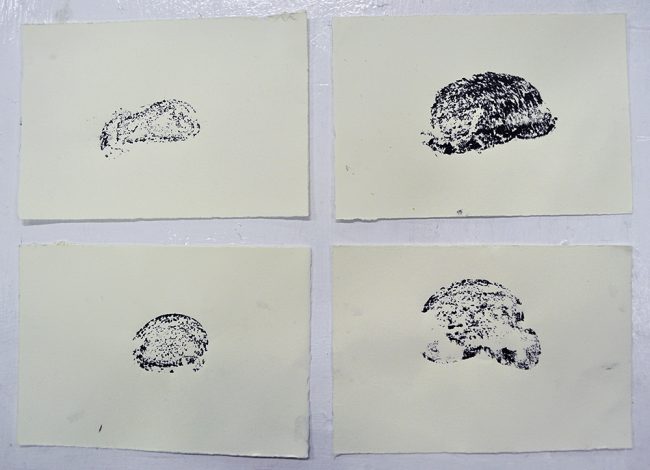 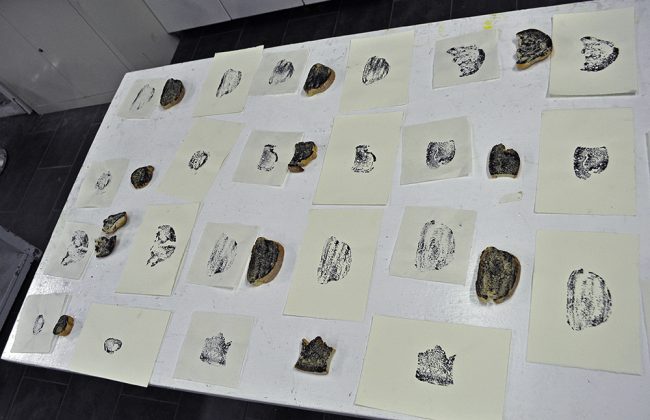 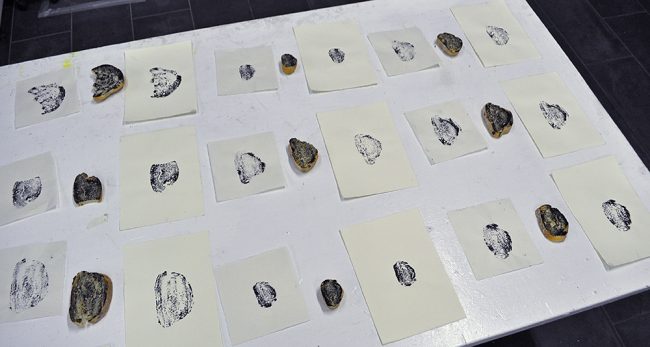 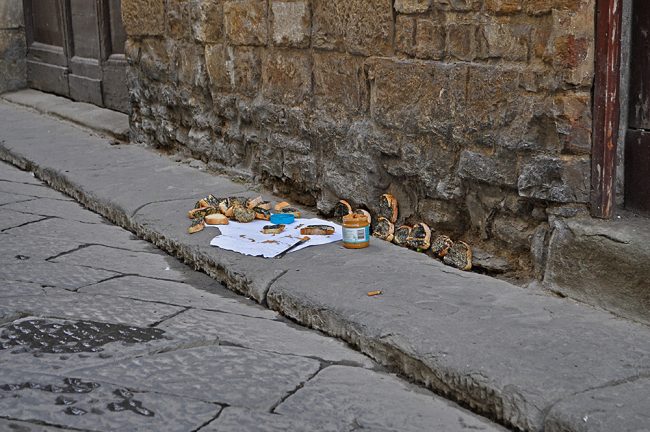 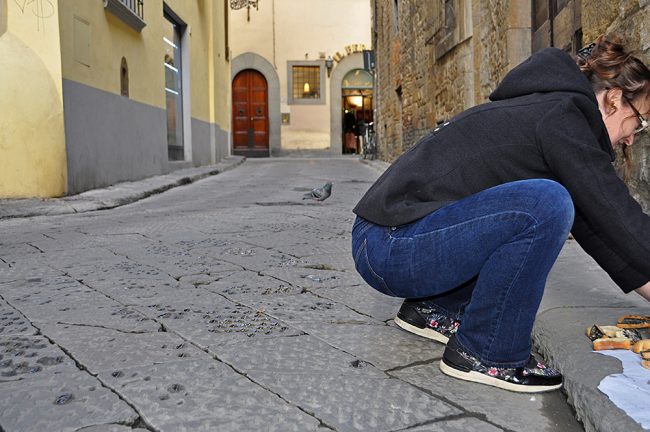 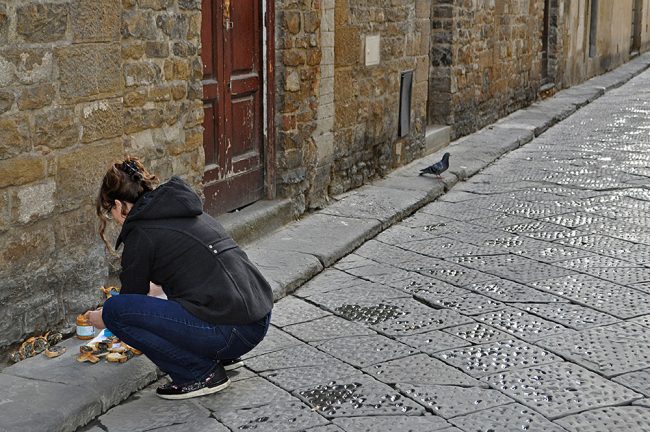 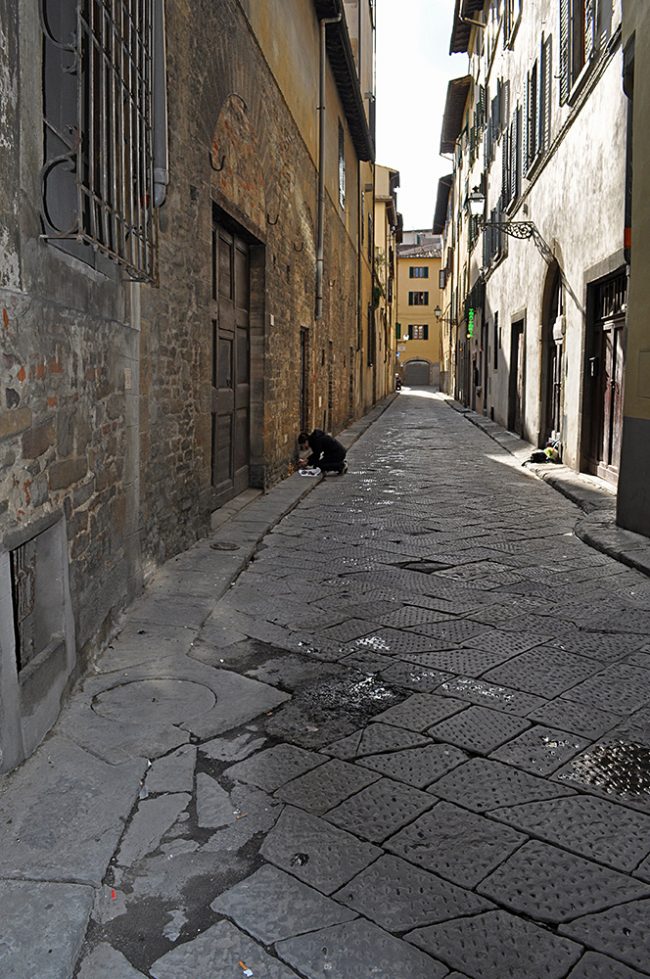 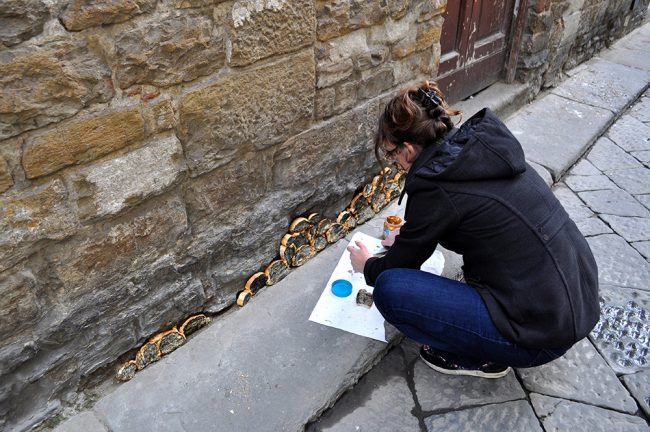 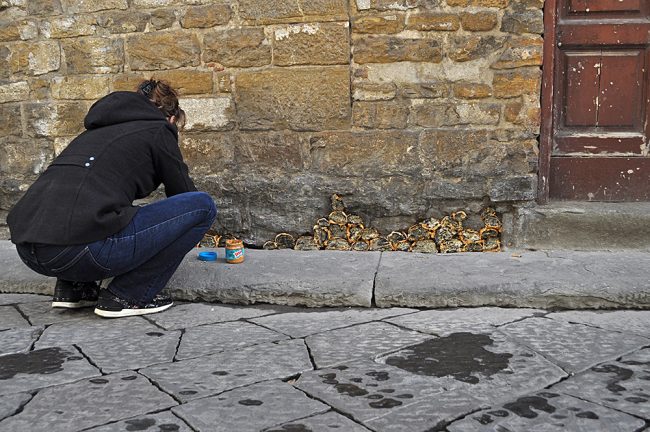 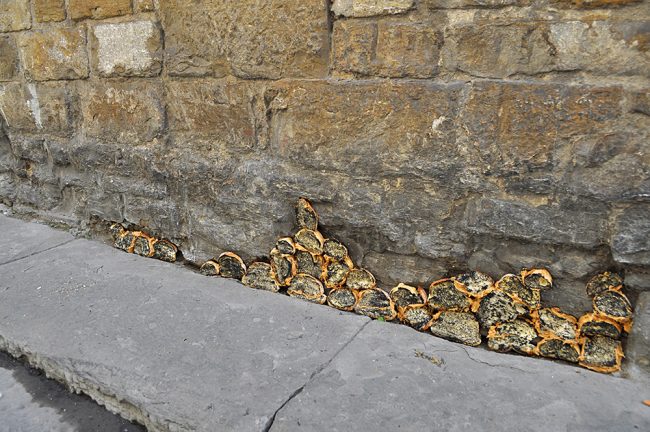 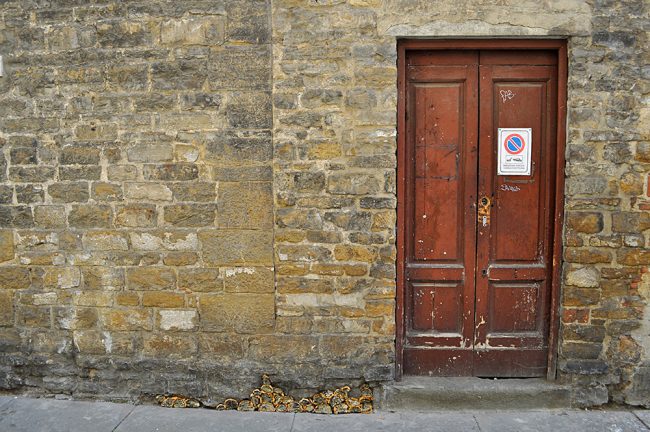 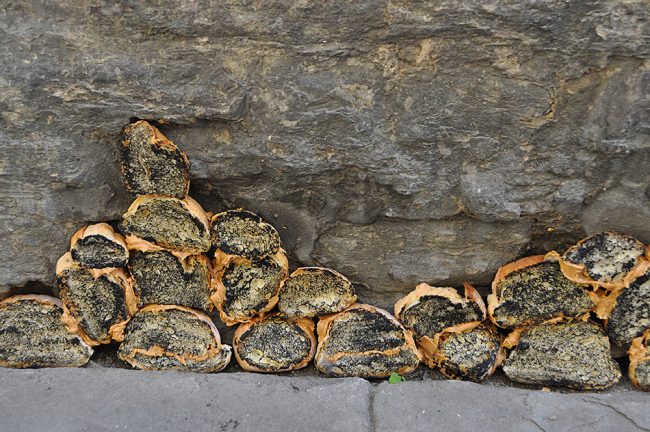 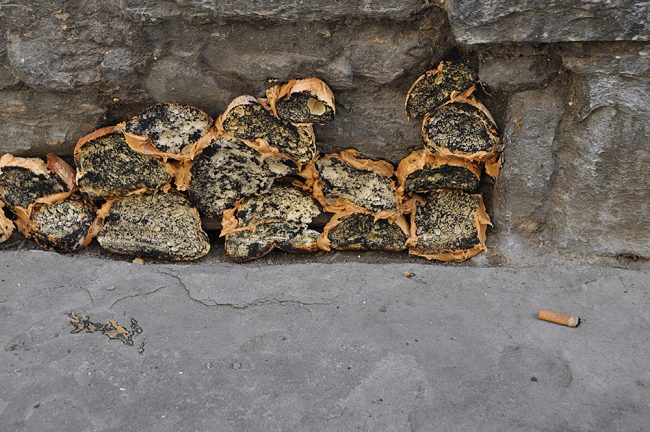 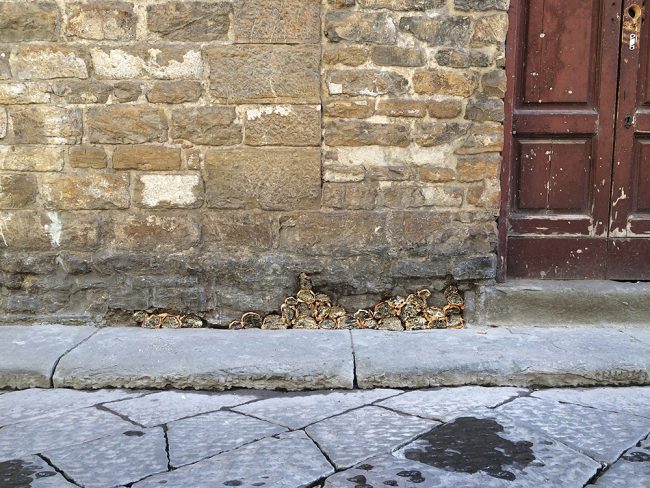 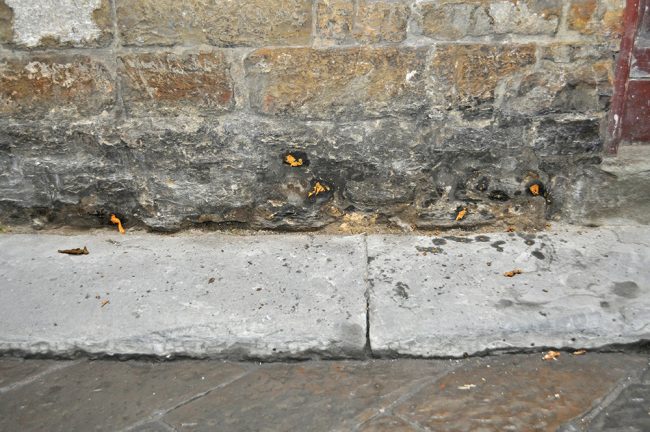 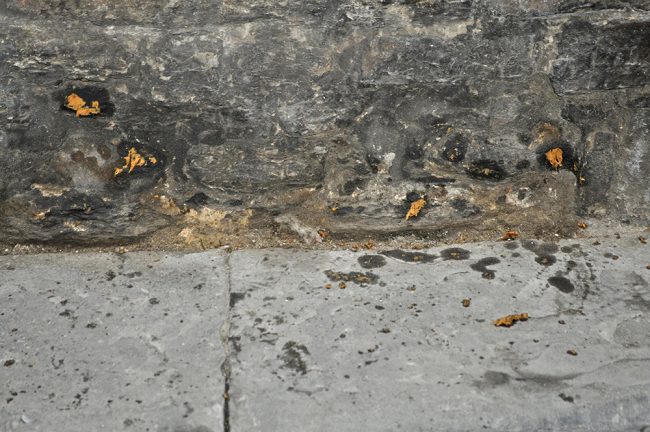